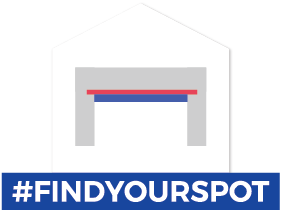 Summary
Articles
About
Nearby Amenities
Listings
Yio Chu Kang is a URA planning subzone within the North-East Planning Region. It is known for its lush greenery, low-density housing and high rise public housing and is close to other residential areas such as Ang Mo Kio, Lentor, Seletar and Sengkang. While Yio Chu Kang isn't as famous as its more "illustrious" neighbors like Yishun or Ang Mo Kio, it does have its fair share of "famous" sites. One of these famous sites is Nakhon Kitchen, a Thai restaurant which often has queues that go on for at least 1-2 hours. The second "famous" site is the Japanese Cemetery Park, one of the largest in Southeast Asia and those laid to rest range from businessmen to prostitutes. If you miss your childhood snacks like Kueh Bangkit, Iced Gem Biscuits or Wheel Crackers, Yio Chu Kang is the place to go.

Yio Chu Kang is not renowned for its abundance of restaurants, cafes or other lifestyle options. Indeed, upon leaving the MRT station – YCK, as it is affectionately known by locals, is on the North-So

With more completions coming up in 2016, steps have been taken to slow down the Government Land Sales (GLS) Programme to thwart a potential supply glut. With limited options, developers and local inve 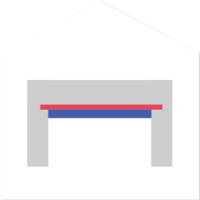 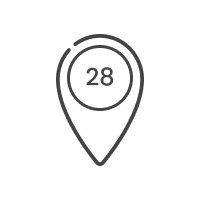 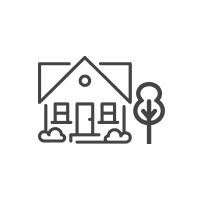 One of SG's oldest MRT stations
History & Origins
Yio Chu Kang is a sub-urban area in the northeast of Singapore. Deriving its name from the former ‘Yio Chu Kang Village’, it is still known for lush greenery and low-density housing with high-rise public housing in its southern fringes. It is believed that the name “Yio Chu Kang” was derived from the early Chinese settlers’ practice of naming a riverside village after the family or clan that settled there or controlled it. Translated, Yio Chu Kang means a Yio (or Yeo) clan/family owns the house (chu) situated along the river (kang).
Housing
Yio Chu Kang is home to 40,580 residents in public housing and 10,340 in private housing. Existing condos in the area include Castle Green, The Calrose, Calrose Gardens, Nuovo, Seasons Park, Far Horizon Gardens, The Panorama, Horizon Gardens, Florida Park, Sunrise Gardens, Sunrise Villas, Grande Vista, Cabana.
Transportation & Connectivity
Yio Chu Kang is currently served by 1 MRT Station - Yio Chu Kang (NS15) and 1 future station - Lentor MRT Station (TE5). 20 bus routes also ply the area. They are 13, 45, 70, 70M, 71, 72, 76, 86, 128, 162, 162M, 265, 268, 825, 851, 851e, 852, 853, 860 & NR1, with most originating from Yio Chu Kang Bus Interchange.
Education
Yio Chu Kang's residents have access to 1 Primary School (Anderson Primary School), 2 Secondary Schools (Presbyterian High School & Yio Chu Kang Secondary School) and 3 Tertiary Institutions (Nanyang Polytechnic, Anderson-Serangoon Junior College and ITE College Central).
Shopping
Yio Chu Kang is one area with no shopping mall integrated with the MRT station. However, the nearest cluster of malls is just one MRT station away at Ang Mo Kio. With 4 malls to choose from (AMK Hub, Jubilee Square, Broadway Plaza & Djitsun Mall), convenience is but a stone's throw away.
Recreation
Residents in Yio Chu Kang can also choose to spend their free time at any of the 2 Community Clubs (The Grassroots Club & Yio Chu Kang Community Club) or pursue sports at one of the 3 Sports Facilities (Yio Chu Kang Sports & Recreation Center, Yio Chu Kang Stadium and Yio Chu Kang Swimming Complex).
URA Master Plan
The Urban Redevelopment Authority (URA) has laid out plans for some high-rise, medium-rise and landed housing options on a 38-hectare land plot near Yio Chu Kang. Other plans in the pipeline include a mixed-use development next to the new Lentor MRT station. The development of the area will be phased in tandem with the opening of the new MRT station, which is expected to be around 2020. Moreover, the construction of the new Thomson-East Coast Line (TEL) and the North-South Corridor (NSC) will see an increased connectivity to other parts of Singapore.
Did You know?
Featured New Launches
View All New Launches >
Nearby Amenities