Summary
Articles
About
Nearby Amenities
Listings
Tengah is a URA planning area and subzone in the west region of Singapore. It is slated to be HDB's newest town and will be located next to Bukit Batok. Formerly a military training area, the area was earmarked for development in 2018. A portion of Tengah will also be used for commercial development as part of the Jurong Innovation District. Before its urbanization, Tengah was previously known as "Hong Kah", a Chinese kampong located slightly north of present day Jurong West. Older maps refer to the area as Tengeh or Tengah, meaning central or middle in malay. Other sources suggest the area's name is derived from the nearby Sungei Tengah (Malay for Tengah River). 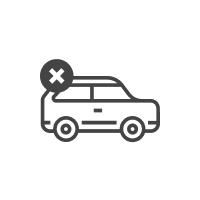 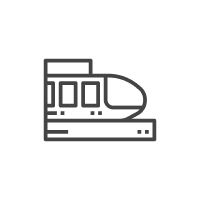 4 (Future)
MRT Stations
Explore The Best Tengah Has To Offer
Everything you need to know about Tengah, the newest HDB town

HDB has launched 7,214 flats for sale in November, including 3,802 Built-To-Order (BTO) units across five estates.They include the mature township of Tampines, and the non-mature towns of Yishun, Seng

5 Popular Restaurants To Visit in Tengah [Food Guide]
The transformation of Tengah Air Base into the newest HDB town heralds the start of a cleaner and greener Singapore. Not only will Tengah’s Build-To-Order (BTO) project, Plantation Grove, include smar
Government serves up ‘degustation menu’ of sites in 2H2020
SINGAPORE (EDGEPROP) - The 2H2020 government land sales (GLS) programme offered sites to develop just 1,370 residential units in the Confirmed List. It’s the lowest since 1H2016, when 1,560 units were
HDB market stages price turnaround in 4Q2019, climbing 0.5% 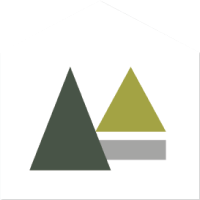 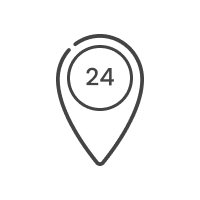 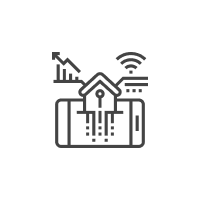 First new HDB town in over 20 years
History & Origins
Before its urbanization, Tengah was previously known as "Hong Kah", a Chinese kampong located slightly north of present day Jurong West. Older maps refer to the area as Tengeh or Tengah, meaning central or middle in malay. Other sources suggest the area's name is derived from the nearby Sungei Tengah (Malay for Tengah River). Tengah was previously used as a military training area, though it has since been de-militarized and earmarked for development into a residential estate.
Housing
HDB has branded Tengah a forest-themed town with blocks of flats set amidst lush greenery and nature. One major attraction will be the creation of a 100m wide, 5km long forest corridor which will connect Tengah to the Western Water Catchment Area and Central Catchment Nature Reserve. Spread over 700ha (roughly the size of Bishan), Tengah will also be Singapore's first car-free town centre, integrating development and nature in a new estate that is set to feature 42,000 new homes, 70% of which will be public housing. Plantation District, the first town to be built will have dedicated space for community gardening and urban farming. Residents will also have access to organic produce markets and community farmways.
Transportation & Connectivity
Tengah will be served by 4 future MRT stations including Tengah (JS3), Tengah Plantation (JE1), Tengah Park (JE2) and Hong Kah (JS4). In terms of roads, Tengah will have 5 major pathways -- Plantation Place (connecting to Jurong East), Bus Priority Corridor (to Jurong Lake District & Bukit Panjang), Forest Place (to Choa Chu Kang), Mobility Corridor (to Jurong Innovation District or Bukit Batok) and Garden Place (to Boon Lay).
Education
There are currently no plans released for schools to be built in Tengah. However residents will be able to easily access schools in the nearby districts of Bukit Batok and Jurong West, including Dunearn Secondary School, Dazhong Primary School, Hillgrove Secondary School, Jurongville Secondary School, Jurong Primary School, Princess Elizabeth Primary School, Millennia Institute, Eden School, Dulwich College and Canadian International School.
Shopping
Residents of Tengah will have their pick of heartland malls, ranging from Bukit Batok’s West Mall, Jurong East’s Jurong Point, IMM, Westgate, Jcube and JEM, to Choa Chu Kang’s Lot One.
Recreation
Tengah is set to be a town that heavily prioritizes the environment. 6 themed playgrounds, and numerous green spaces will be the hallmark of a stay in Tengah. There will be no shortage of parks and park connectors, bringing an unparalleled number of green corridors to this residential estate.
Jurong Innovation District (JID)
Among the many amenities which residents will enjoy is a new sky corridor. Measuring 11 kilometers in length, this corridor is expected to facilitate smooth transitions for residents, pedestrians, cyclists, and shuttles to-and-from closely stationed transport hubs.
URA Master Plan
In tandem with Singapore’s efforts in becoming a car-lite society, Tengah will feature a car-free town centre, where elevated and underground crossings, shaded paths and rest-stops, will also be planned as part of the park network. Tengah will also boast eco-friendly features, such as water-saving eco-pedestals in toilets & smart pneumatic waste collection systems.
Did You know?
Featured New Launches
View All New Launches >
Nearby Amenities