Summary
Articles
About
Nearby Amenities
Listings
Potong Pasir is a housing estate located between Toa Payoh and Sennett Estate and is particularly known for being the seat of political opposition in Singapore from 1984 to 2011. In the mid 1950s, Potong Pasir served as the main area for growing watercress, with the majority of farmers living in attap houses, which had zinc roofs and semi-concrete walls. Contrary to popular belief, Potong Pasir is NOT the originator of the famous 'Potong' ice cream, however, the area does seem to draw lottery winning seekers, due to the single winning Group 1 ticket for the 2018 HongBao Draw coming from the Singapore Pools' Branch at Block 148. The HDB flats in Potong Pasir are known for their iconic sloping roofs (Credit: Albert Chua/ EdgeProp Singapore) Originally a major sand quarry in the early to mid-1900s before becoming an agricultura 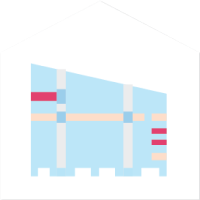 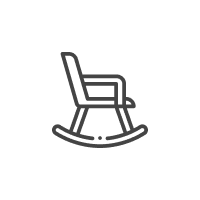 Known as a laid-back neighborhood
History & Origins
Potong Pasir, which loosely translates to cutting sand in Malay, was once dominated by sand quarries. As the quarries were chipped away, the land started to become used for vegetable cultivation by the nearly all Cantonese farmers. The area was, unfortunately, plagued by floods, and would remain like this until around 1952 when the local government started a series of rapid development projects in Potong Pasir including a bridge across the ponds left by the sand quarries, education institutes and more. Most residents left the area due to the overwhelming amount of construction going on at that time and only moved back upon completion of the first HDB blocks in 1984.
Housing
Although Potong Pasir is one of the smallest and most mature of housing estates in Singapore, there have been a good number of private developments in the area in recent years. With the nearby Bidadari area slated to face massive redevelopment in the near future, some believe that there will be a high number of flat owners who may upgrade in the future, further supporting the already rampant resale market for private homes in Potong Pasir. There are approximately 10,710 public housing residents in Potong Pasir.
Transportation & Connectivity
Potong Pasir has just 1 MRT station. The station sits underneath Upper Serangoon Road, at the junction with Potong Pasir Avenue 1 and Wan Tho Avenue. There are 2 official bus stops linked to the Potong Pasir MRT station, the buses that ply this route include 13, 107, 107M, 133, 142, 147, 853 & 853#.
Education
Potong Pasir estate is home to St Andrew's Village, a mega cluster of 3 schools comprising of St Andrew's Junior School, St Andrew's Secondary School and St Andrew's Junior College; together forming St. Andrew's School.
Shopping
The single shopping mall at Potong Pasir is known to residents as Poiz Center. It is a small cozy shopping center that features a handful of key tenants such as Guardian, Prima Deli, Cheers & Starbucks. Residents of this area may also choose to visit nearby malls such as MacPherson Mall or the larger Nex at Serangoon Central.
Recreation
Potong Pasir has 2 major parks - Potong Pasir Dog Park and Siang Kuang Avenue Interim Park. However, the area is well connected by numerous park connectors that ply both sides of the Kallang River.
URA Master Plan
URA has plans to rejuvenate the areas around the Kallang River by creating opportunities for new homes, offices, recreation & community spaces. Potong Pasir is included in the plan to develop a series of public and private housing around the river. The nearby Kallang Industrial Estate will also be transformed into a long term mixed-use waterfront precinct.
Did You know?
Featured New Launches
View All New Launches >
Nearby Amenities